The piece that became Big Eddy Dinner began when Michael expressed the desire for an eddy-cam outside his apartment overlooking the Big Eddy in Narrowsburg.​

This wish became a time-lapse video that recorded summer and fall, 2008, from the window of his home. It evolved into a recollection of wind, water, trees, and sky that defines the rhythm of nature. The recording of an evening repast took place in one shoot-dinner as a series of symbols and gestures that define a relationship, whether it be friendship, dependence, or love.​ 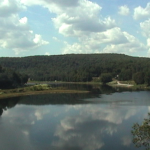 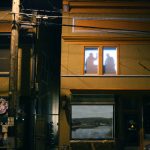